Most Sundays at 9:15am. See SHELLEY SERVICES AND EVENTS for details.

After years of fundraising, two large grants have enabled Shelley Church to build much needed facilities in the Church.

We were awarded £20,000 by Viridor Credits Environmental Company, through the Landfill Communities Fund, and another substantial grant from Garfield Weston Foundation.

These facilities, an accessible lavatory and servery, are much needed. They will be much used by the current parishioners, and also enable people from further afield to join us for services, including weddings.  The Church is now be suitable for events, meetings, exhibitions and more.  This is important because the Church is the only public building in the village and is the centre of our village life.

We have had huge support from local people for the project, including from the Shelley Centre for Therapeutic Riding, who hold their annual Christmas service in the church

WC’s in churches have become more and more essential, with increased life expectancy and associated medications.  We will now be able to offer everyone who attends services and events the convenience of modern facilities.

Viridor Credits administers funds donated voluntarily to the Landfill Community Fund by Viridor, a Waste Management Company. Viridor Credits Environmental Company is one of the top Distributive Environmental Bodies in the country, providing funding opportunities for biodiversity, community and heritage projects, through the Landfill Communities Fund, throughout the United Kingdom.  www.viridor-credits.co.uk

Shelley is one of Suffolk's most remote and prettiest villages, reached via winding country lanes. All Saints' Church was built probably in the 13th or early 14th century, with the tower being added about a century later. Unusually, the tower is at the north of the church, effectively at the back, as access is from the south.

The vestry was originally a chapel built for the Tylney family after the Reformation. The family seat of the Tylneys at that time was nearby Shelley Hall (itself a Grade I listed building, not open to the public).

In 2005, after discovery near Jamestown of a grave thought to be that of Bartholomew Gosnold, amid world-wide publicity remains entombed in Shelley church and believed to be Elizabeth's were exhumed to enable a DNA comparison to be made. However, identification of the Jamestown body remains uncertain, as the body in Shelley Church thought to be Elizabeth's turned out to be that of a much younger woman, possibly Anne Framlingham who had married Philip Tylney of Shelley Hall in 1561 and died around 1601.

Philip Tylney had a tomb made for his mother, Dame Margaret Tylney, who died in 1598. This tomb can be seen in a recess on the north wall inside the church.

Mrs Anna Dobson, Churchwarden - This email address is being protected from spambots. You need JavaScript enabled to view it.

Mr Andrew Scott, Churchwarden - This email address is being protected from spambots. You need JavaScript enabled to view it. 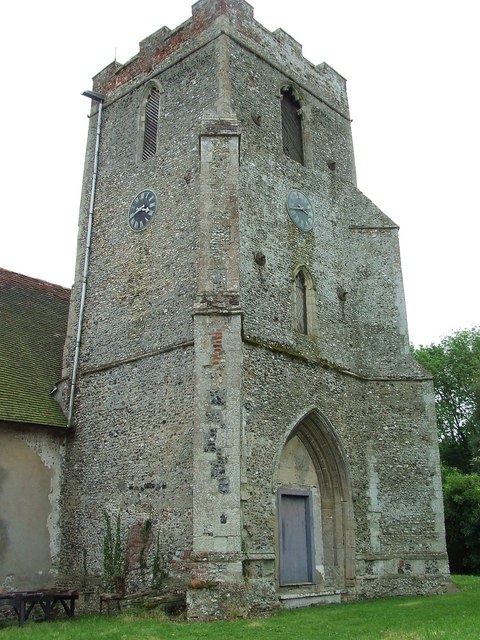